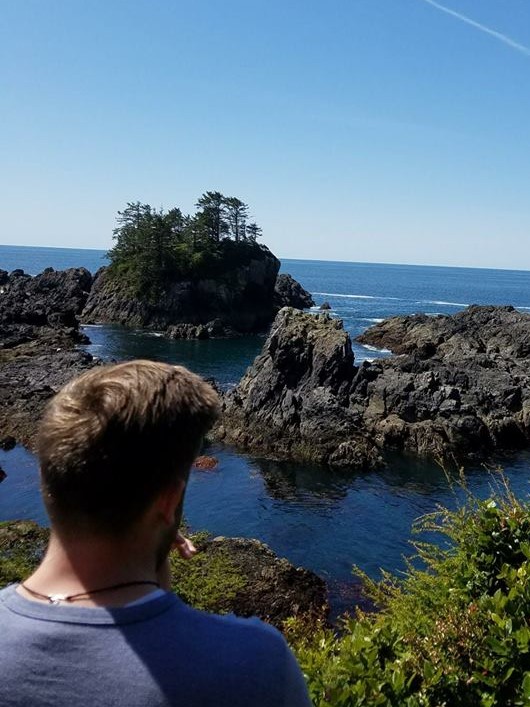 I Swore To Myself I Would Never Fly Again

Ten years ago, almost exactly, was the last time I was on an airplane.

At that time I had had a few panic attacks, but mostly in passing, and I was able to kind of drown them out with ice water (so I thought).

That flight was scary enough, however, that I swore to myself I would never fly again. Made me sad, but I accepted it.

At that time I didn’t know what anxiety was, and thought it was physically dangerous.

So I thought if I flew again, it might become a medical emergency. Years passed, my anxiety grew worse, I collapsed, and was housebound not that long ago.

Some of you know that story  ?

Well, in that time, I found Barry and the DARE method. I’ve been slowly climbing back to my full life.

I work full time, I have gotten married, I go to restaurants, movies, etc.,

I regularly do speeches and presentations in front of up to a few hundred people, and I even travel quite a bit.

The traveling, however, has been mostly close-ish by, and always by car.

A couple weeks ago some of you may have seen my photos of my 14 hour drive to see my brother, go mountain hiking, etc. that was huge for me, because it was sort of “practice” for yesterday.

In a couple weeks my wife and I are going on our overdue honeymoon.

It will be the first time in my life I’ve been out of the country (going to Canada, and can’t wait to see the rest of the beautiful world).

We are flying. Connecting flights. The thing I swore I would never do and the most anxiety producing thing I have been able to imagine over the last few years.

Yesterday, I arranged a practice for that  ? we went on a flight! This was only an hour.

We flew to the destination, stayed there for 2 hours, and flew back.

I will preface that by saying I did have moments of fairly high anxiety, and even twice where I wish I had handled it a bit better, and had less of a sort of “fear reaction.”

But it was all new to me obviously.

In two weeks we fly to Canada, which includes slightly longer connecting flights, but I was successful in not backing out of literally the one thing that has scared me more than anything else since my last flight a decade ago.

Much love everyone! Thank you Barry, DARE and the whole DARE team and group!

I first want to thank everyone who has helped me over the past 2-3 years in this group.

I have made enormous strides in getting my life back, but the one thing that was always holding me back, and frankly terrifying me, was my inability to get on an airplane.

Anyway, on April 12th, my wife and began our much needed honeymoon to the Vancouver, BC area.

We flew first to Denver. Not only did we fly, but the first half hour of the flight was in darkness which has always greatly amplified my anxiety level.

That flight was a bit tough as expected, but I made and was immediately calm on the other end.

We then had the longer flight to Vancouver which also was a little high anxiety for the first half hour or so. But then it calmed, I watched some Netflix, and we landed.

We then spent two weeks around Vancouver and Vancouver Island, really taking in and enjoying every moment.

I got to see a huge amount of Vancouver and parts of the Island on foot, and I am greatly appreciative for that!  ?

It’s unbelievable for me to think of how recently I would go to the grocery store near me, and not actually walk inside for fear of panic.

The plane flights were obviously not comfortable but, c’mon, it’s a plane, are they ever actually comfortable??  ?

When we were in the Wild Pacific Trail in Ucluelet, I saw the ocean around a bend and just broke down weeping, so overwhelmed with joy.

I used to travel to the ocean every summer but lost that, when I lost so much of my life, before I found DARE.

There are pictures that my wife took of me literally collapsed on my knees staring out at the waves for the first time in 7 years.

The flights back were much smoother, though I actually wish I had gotten to like a 8/10 or 9/10 on the anxiety scale, so I could practice even more  ?

The times in got to like a 6-7 I just told myself to act like my ass was glued to that chair, and just observe, demand more, and it passed.

I wish I could describe everything we actually did there, but I will just attach a picture of the beauty that I saw!