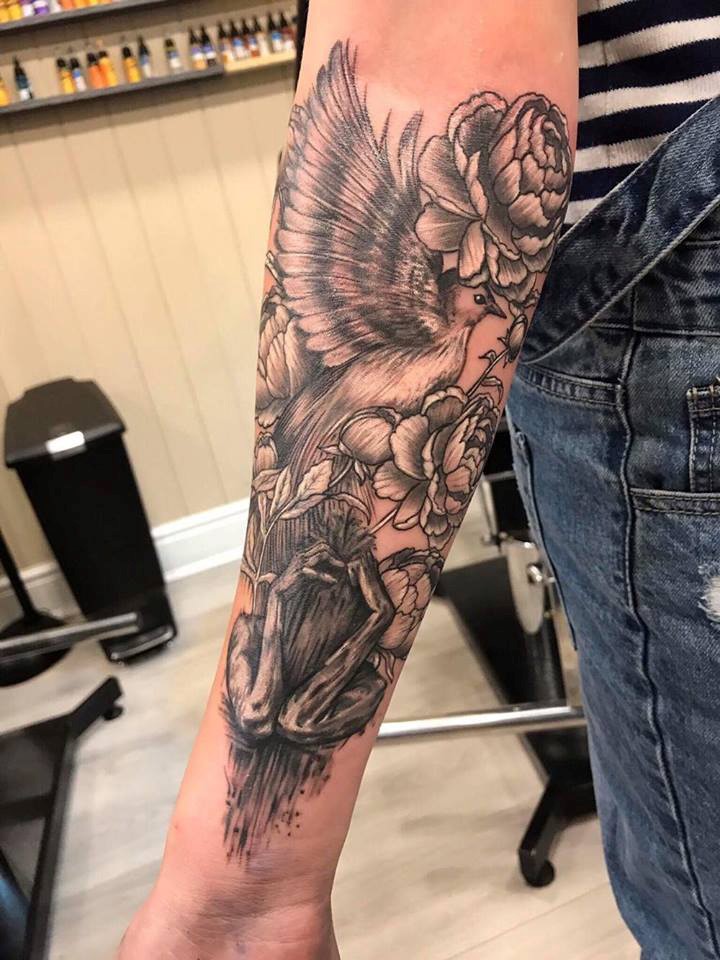 It Started When I Got Pregnant

I have suffered from anxiety since the birth of my son (who is now nearly 9).

I did the usual of trying to self-medicate by reading online forums on different ways to ‘Get better’ however by 2010 I decided that I needed professional help.

I visited a doctor who gave me some tablets and told me to come back in six months to see how I was!

So the vulnerable 21-year-old me went away feeling defeated and alone…very alone.

My then partner then left me with our 1-year-old son as my constant mood changes and constant neediness just became too much.

This is when my confidence (what was left of it) disappeared completely and I became a recluse.

I didn’t go out with my friends anymore, I didn’t go to any place that may be busy as I felt so down.

As time went on I managed to hold down full-time jobs but I became very needy towards those closest to me.

I never felt ‘right’ or ’normal’. I was really unhappy with my life but I continued to plod on as we do with life so often.

It was in 2011 when I first met my now husband and my life began to slowly CHANGE.

He became a fantastic support for me and my son and our relationship blossomed.

However, there was still that part of me that was clingy, anxious an on edge constantly.

In January 2016, my husband proposed and I was over the moon! We set a date for June 2017 which gave us plenty of time to plan and save up as much money as we could.

We also made the huge decision to stop working and to become full-time students studying degrees.

It was only in January 2017 that things took a massive downward spiral for me. I was on a night out with a friend for her birthday.

We went for some nice food and I wasn’t even drinking any alcohol but my stomach began to churn and my palms went really sweaty and I honestly felt like I was going to pass out.

I told my friend that I needed to go home, I spent the rest of the night being sick and running to the loo.

The next 4 months were absolute hell. Like your worst nightmare come true.

I couldn’t talk, I couldn’t eat (I lost 2 stone in a really short amount of time), I was constantly being sick and going to the toilet, I had intrusive thoughts and even contemplated ways in which I could end it all.

My husband took me to my doctor (a different one from earlier). She was fantastic in that she listened and advised me that I was suffering from acute anxiety and what I was experiencing were panic attacks.

I didn’t believe her, how on earth could I be this way when I had so much going for me?

Anyway, things went from bad to worse and I, unfortunately, had a ‘mental breakdown’.

It was anxiety that was crippling me, I couldn’t do anything apart from sleep all day and night. I was on so many drugs that they knocked me out constantly.

The doctor had referred me to the local mental health team who assessed me and diagnosed me with severe anxiety and depression…I yet again left the appointment feeling like this was it for me.

I wanted it, I needed it to end.

One afternoon when I had finished yet another book I decided to have a look at self-help books but didn’t get too excited because I have tried many books and many different treatments such as counseling and CBT.

I stumbled upon DARE.

I don’t say that lightly, it takes a lot for me to believe in something but I read that book in a day and then I re-read it and read it once again.

Nobody had ever explained anxiety and what happens to the body when anxiety strikes, this book did.

The method is so simple but yet so effective. It has changed my outlook on anxiety and depression.

I began to implement the method into everyday life and slowly but surely my symptoms began to disappear.

All this is because of this book, something just clicked when I read it. It was as if this book was meant for me, almost like it was written about and for me.

Sure I still have setbacks and yes I still feel anxious at times but once I apply the DARE method it subsides relatively quickly.

The most valuable lesson I have learned is that I was doing it all wrong, ever since I walked through that doctor’s door 8 years ago.

The book showed me that.

I feel like a new person and I honestly put this down to the book. I will tell anyone about it and how it has changed not only MY life but my husband’s and my child’s.

Thank you, Barry McDonagh, for writing this wonderful book, it is my bible.

Here is a picture of me daring, when I used Dare to get through a 3 hour tattoo sitting on my own.

The start of a half sleeves showing my struggle with mental health X.